Last game of the season!

I sure will miss these little people! Who would have thought coaching 10 4 year olds t-ball would be so much fun? It was better than a day at Disney! I will miss their cute but feisty personalities, the clay dirt being kicked around and the chaos of keeping everyone organized, having fun, and not hanging on the dugout fence like monkeys! 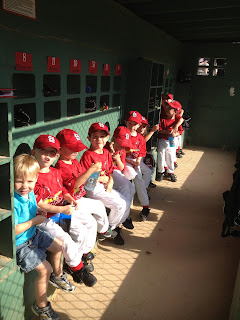 They were truly such sweet kids and by the end of the season they had improved so much with the rules and game of baseball! The best part was getting hugs from all of them and hearing them say "thank you coach" to Matt and I both! 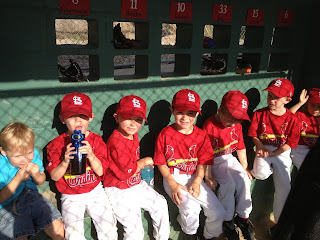 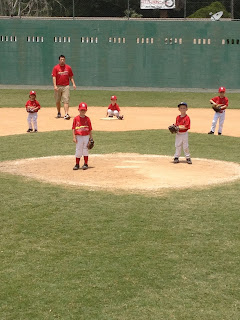 Our big boy had a great hit and ran super fast to 1st base! 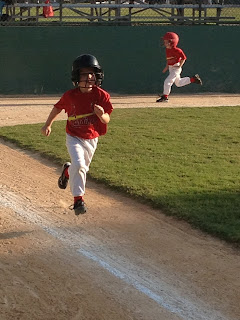 At Carson's last game, he had lots of family there! Uncle Jacob and Aunt Brooke couldn't wait to see Carson play! This was their first game other than opening day since they live in Jacksonville! This was also Uncle Will's first game since opening day because he has been working crazy hours with tax season in full swing! 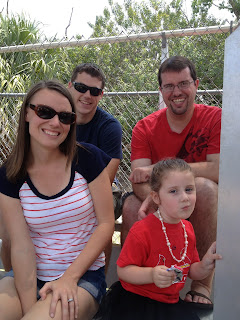 My Aunt Cathy and Uncle Bud were visiting from Colorado and drove with my grandparents from the Villages to watch Carson's game! 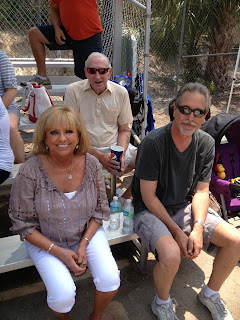 Last time on the field until next season! 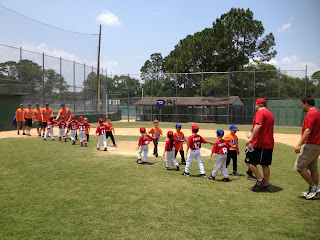 Our cutie with Uncle Jacob and Aunt Brooke... 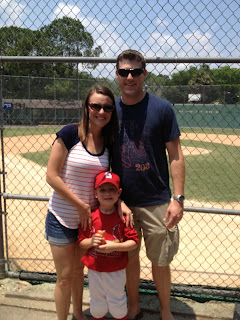 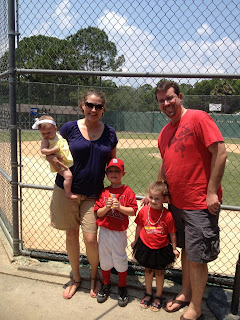 Uncle Bud, Aunt Cathy, Great Grandma, and Pepaw...Nana and Papa were there too! 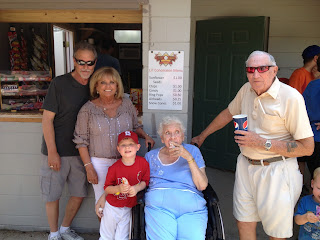 I love this picture! It meant so much to have my grandparents there to see Carson play! 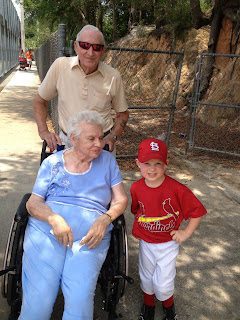 Proud Mommy and Daddy! Carson has really shown a love for baseball and we are thrilled! He had such a good season and learned so much! 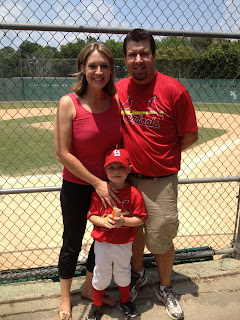 He had the best coach a little boy could ask for, his Daddy! Matt, you were definitely number one and I am so grateful for all the love and time you poured into our little guy and so many others. Love my 3 boys so much! 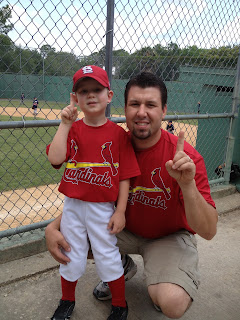 Til' next season ball field! 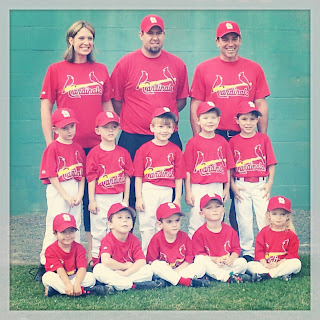