End of the Season T-Ball Party!

Matt and I had a BLAST coaching and being team mom for Carson's first t-ball experience! It truly was so much fun and we wouldn't have had it any other way this season! We threw a fun end of the year party at Merrill Park for the players and their families. 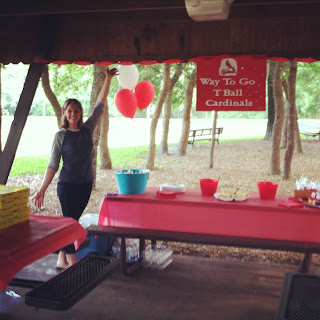 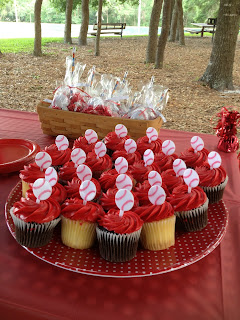 My Cricut came in handy when making this sign! Love how easy it was to make a fun decoration for the team party! 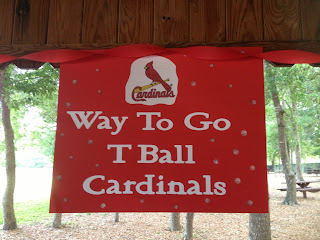 We had a great time eating pizza and other foods while visiting with the families. The kids played on the playground too before Coach Matt had a few games up his sleeve. 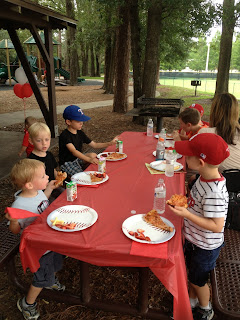 Here are Carson's buddies from preschool who joined the team after Carson took his baseball cleats for show n' tell one day! Brodey, Mac, and Carson are best buds! 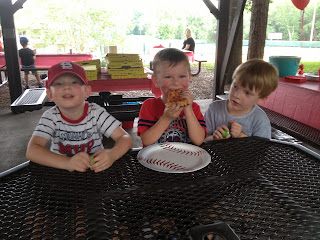 After dinner, Coach Matt had the kids do one last practice. But instead of practicing their throwing with baseballs, he had them throw water balloons! (Such a kid at heart!) The kids thought this was just the coolest!! 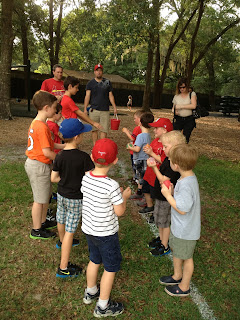 But then he took things to a higher level of fun when he told the kids to all line up... 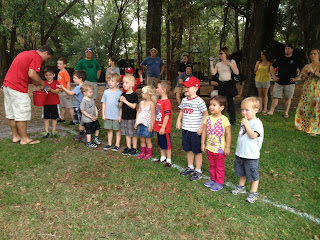 Because they were going to now practice throwing, by throwing water balloons at HIM! He came prepared with a poncho! Major points Coach Matt, major points! 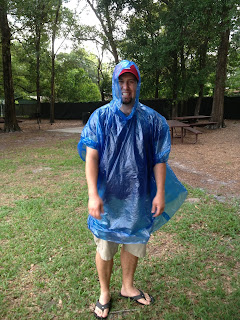 It was a fun time had by all, even Coach Matt! 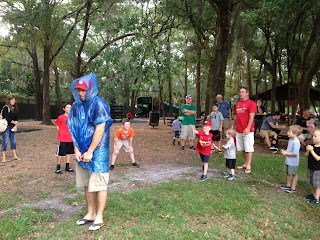 We ended our night with the trophy ceremony. Each child received a trophy and recognition by the coaches, and their families. They all did such a great job this year, we were so proud! 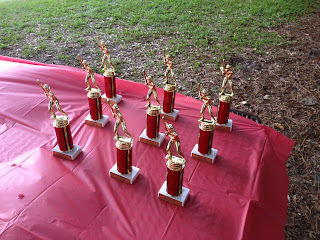 Daddy and his little baseball player! 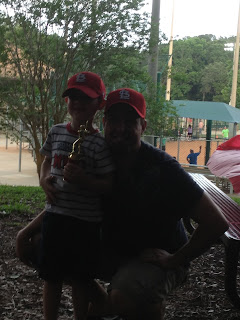 Carson was so proud of his trophy and game ball for being the fastest runner this season. He even took them to school the following week to show his friends and teachers. 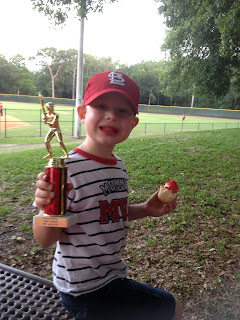 Our little MVP....couldn't be more proud of our big boy! 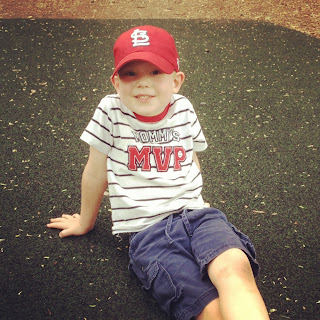