The boys and I had a fun morning at the marionette puppet theater! They give the kids their own tickets for the show... 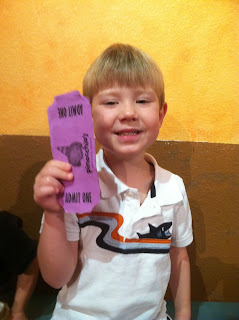 And let them put the tickets into their ticket box. Carson thought that was so awesome! 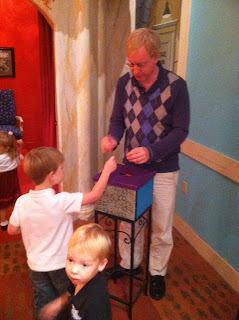 The boys were so excited and sat so still on the benches! They couldn't wait for the show to begin! 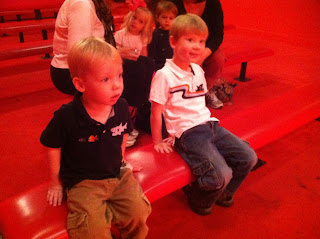 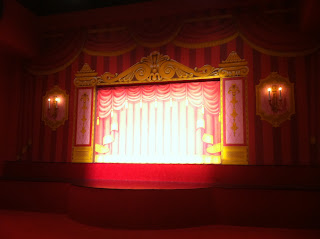 This version of "Beauty and the Beast" was clearly different than the Disney version, but it had enough similarities that Carson understood the story. 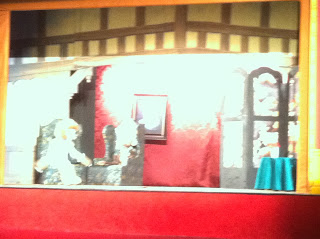 Tanner was just as glued to the performance as Carson! 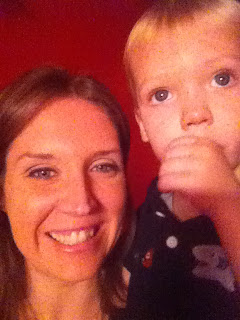 After the puppet show, we passed by Santa at the center of the mall. There was no line and the boys were interested, so we went ahead and visited Santa a little early! 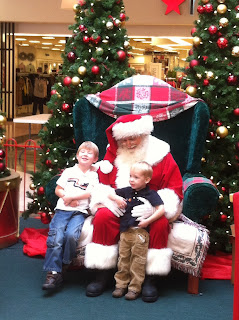 We finished our fun morning with yummy sugar cookies by the Christmas tree! 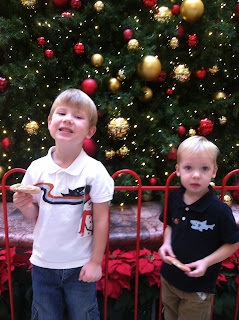