Carson's glasses came in on Wednesday and we were so excited to begin this journey! The sweet optical lady taught him how to put them on and take them off. He did so great listening to instructions! She even told him what to say if any of his preschool classmates or friends asked to wear them! 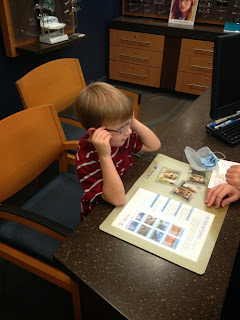 Looking in the mirror for the first time and checking out his new look! 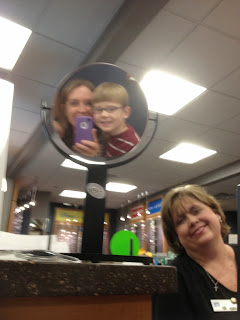 He kept saying "my shoes are so big" and "wow, look at those tiny rocks on the ground" when we went outside. He only asked a couple of times how long he had to wear them, but other than that, he has been a CHAMP! Clearly he really needed them because he never skipped a beat. He puts them on and off on his own and goes on with his day! He tells everyone he is handsome, and we agree 100%!! 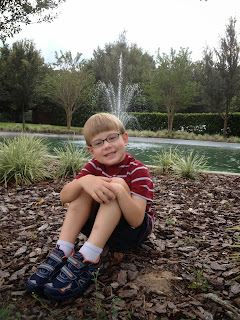 Everyone has been so incredibly sweet to show Carson their support. Uncle Will and Papa wore their glasses for Carson the night he got them. We've had several people text us pictures of them in their own glasses to show Carson, and his teacher was ready with an Arthur book on getting glasses to read to his class. Several of his classmates called him "cool" or "they look really nice" and I was so happy about that! Carson's friend Landon bought him a lego set to put together too! 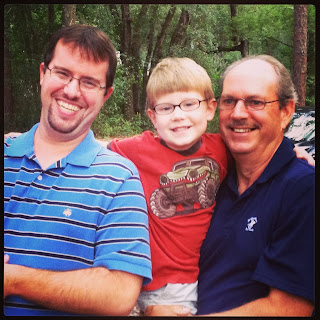 His treat for being such a good boy...an "icey drink" aka a slurpee! So proud of our big boy and so thankful for all that prayed for our transition! He is doing awesome!!! 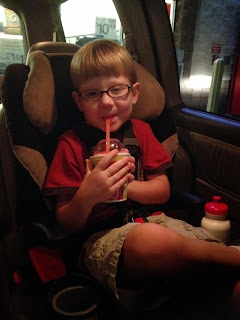