It's been an unusual week around our house. I have had a couple of bad incidents with vertigo over the past few weeks, but the episode this past Friday sent me back to the doctor and into bed. I haven't been able to do much of anything, not even drive. It was getting close to Halloween and I wasn't able to finish what I had started weeks ago on the boys Halloween costumes. Matt, super Daddy, took charge! He googled what Dino Dan looks like exactly, drove around to several stores, and made Carson's dreams of being Dino Dan come true! 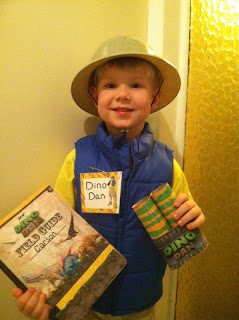 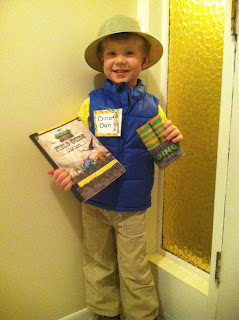 Tanner wanted to be a dinosaur of some sort, but I wasn't able to find exactly what I was looking for. I was planning on just sewing some dinosaur spikes onto a green hoodie, but dizziness and a small needle just don't mix! I couldn't believe how AWESOME Matt did at sewing Tanner's entire costume together. I'm telling you, he's amazing! 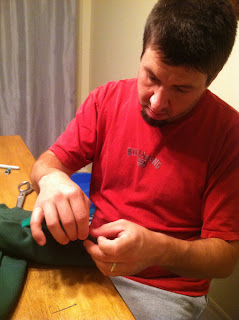 He even came up with a tail! 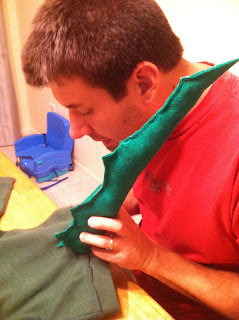 I helped by using the hot glue gun and creating some detail. The finished product... 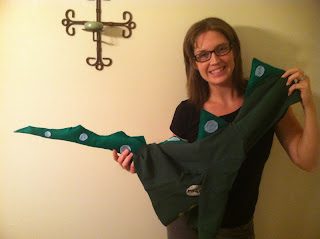 When we tried it on Tanner, he didn't know what to think! 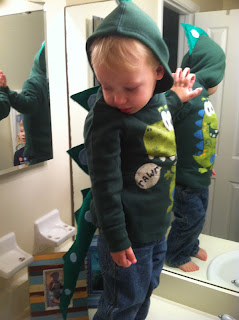 Happy boy seeing himself as a dinosaur in the mirror! 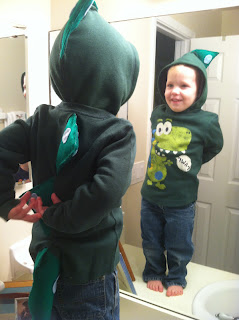 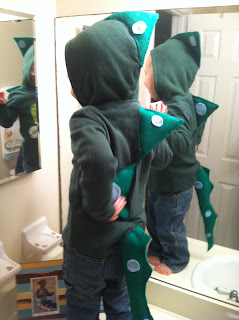 So thankful for my amazing hubby for coming through and making the boys costumes a success!