I am pretty sure I was more excited about the new bug exhibit at the science center than the boys were! It's just so much fun learning alongside of your kids! We went with a new friend this week and had a great time. Here's Carson with "Harry" outside of the exhibit. 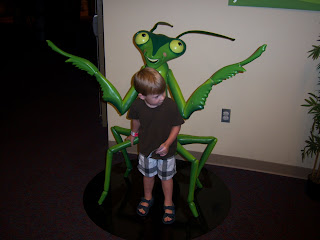 It's a bit dark when you first walk in, but the boys were so mesmerized by all of the giant bugs on the walls, and the "buzzing" sounds all around. 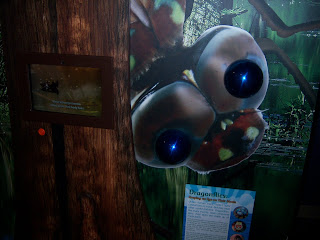 Carson has been talking non-stop about the butterfly garden we visited a couple of weeks ago, so the butterflies were definitely a must see! 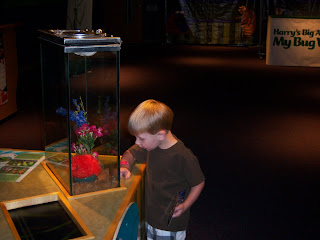 They had a projection screen with butterflies flying all around, and Tanner thought it was hilarious!!! 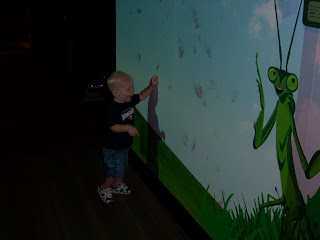 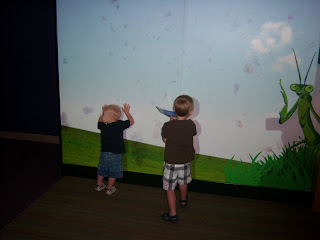 There was a little log tunnel to climb through... 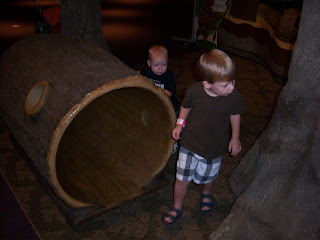 And a scavenger hunt too... 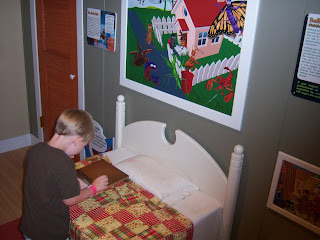 After the exhibit, we spent some time at the water play area. This is the first time Tanner really got into it and the boys had a great time together. 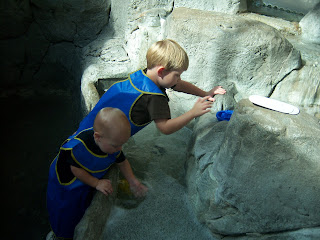 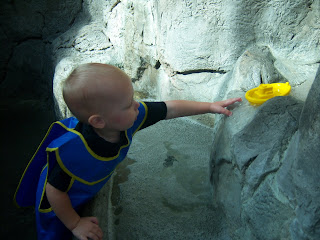