All Aboard Carson's Birthday Train!

For Carson's birthday this year, we wanted to take him to do something that he would absolutely love, and that was to ride a real steam engine train at Disney! Upon arriving at the gates of the Magic Kingdom, Carson immediately recognized the train whistle in the background and couldn't wait to find the train. This way to the train! 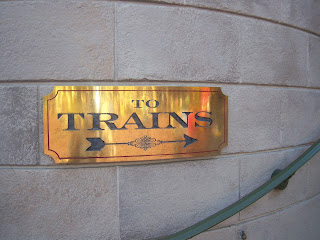 We had never paid too much attention to the Magic Kingdom's train station before, but it had some really neat things to look at! 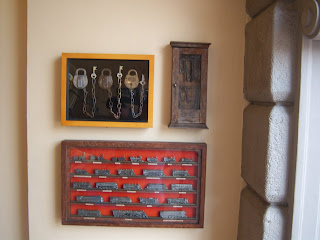 All aboard the Magic Kingdom railway! 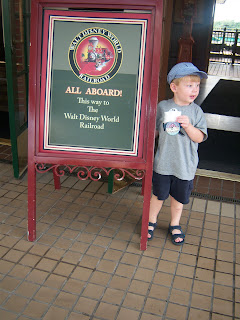 Waiting for the train with Grandma... 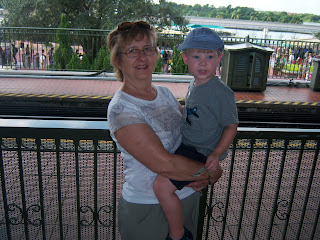 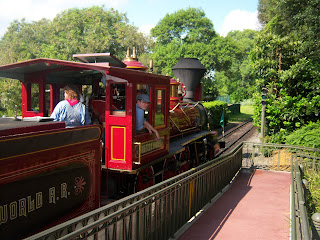 When we were about to get on the train, I spoke with a Disney employee to let them know it was Carson's birthday, and asked if there was anything Carson could help the conductor with. Immediately they sent us to the back of the train to meet the conductor and wait for our instructions. Carson was so excited! 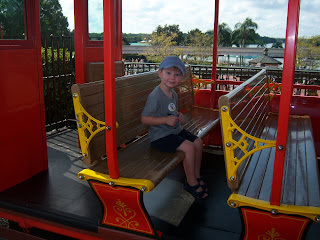 We were so thrilled and overjoyed when the conductor came aboard and welcomed Carson to the train. He told Carson that he was going to get to be "Carson Conductor" of the train and help him tell the passengers "All Aboard!" when it was time! Not long after, the conductor introduced Carson to the passengers of the train and Carson got to yell "All Aboard!" over the loud speaker. So awesome!!! 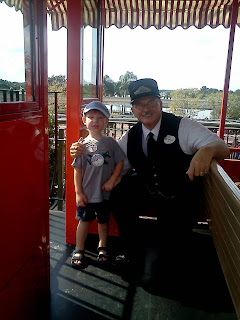 The train ride was so fun, and Carson yelled "All Aboard" at every stop. He was one happy little boy!! Afterwards we visited Mickey and Minnie Mouse. We were first in line as the next group to go in and visit the characters, and Carson and Tanner were both surprised when Mickey and Minnie flew open the doors, grabbed them by the hands, and whisked them away into their dressing room! It all happened so fast, and neither Carson or Tanner were a bit scared! We got some cute pictures of Mickey and Minnie having fun with our boys! 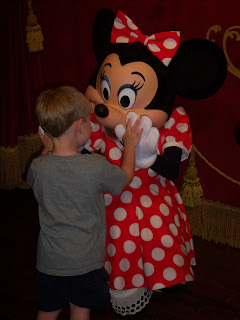 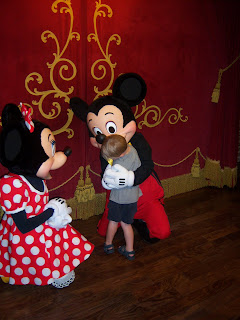 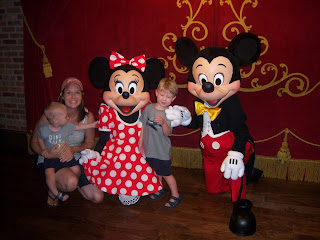 Matt took Carson on the racecars, and they had so much fun! 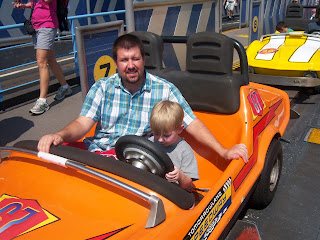 Carson and Tanner both had never been on the monorail before (we always take the ferry boat from the parking lot over to the Magic Kingdom) so that was fun for both of them! 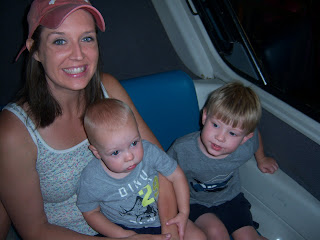 We had such a great time celebrating Carson's birthday! 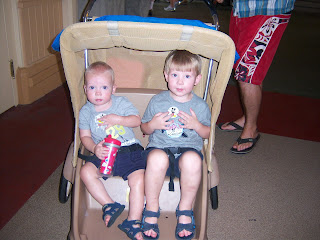 Matt took this video of Carson being the conductor, and saying "All Aboard!"! Unfortunately you will have to turn your head to the side to watch it! :) It was taken with my phone and there are no editing options! So proud and happy for our big 3 year old!