Attending parent open house before meet your teacher helped so much because we knew what to expect and were able to tell Carson what his classroom and teacher were like beforehand. Carson was a bit unsure when we first walked into his classroom and would have rather have gone with Hannah into hers, but he quickly realized that his new class had a train set! Perfect! 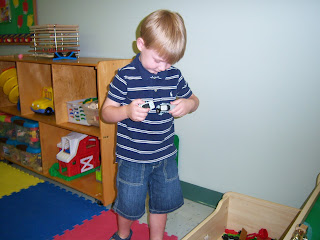 Ms. Betsy knew Carson loved trains and she jumped right in to play with him. Immediately he started to talk to his new teacher, and was amazed that she knew the names of the trains like he did. His favorite, he told her, is Spencer. 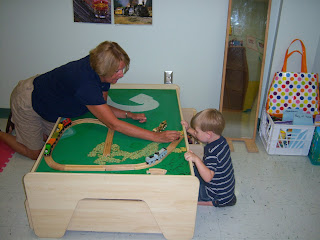 It wasn't long before Carson had the entire train table all set up with tracks, tunnels, and all of his favorite train cars. His new school has some of the Thomas the train cars that we don't have at home like Salty and Spencer and Bill and Ben. He was ecstatic! 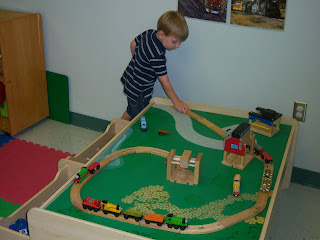 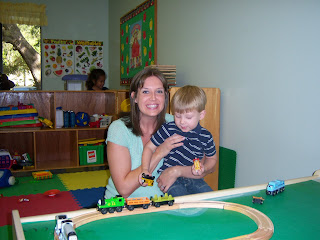 Nana was on Tanner duty while I helped Carson get used to his new classroom. I could hear Tanner next door in Hannah's classroom having a blast. Nana brought him over to see Carson and he jumped right in playing. 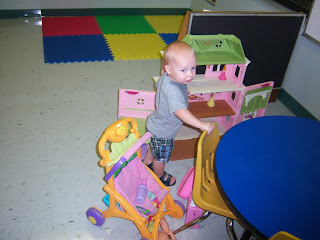 Nana showed Carson other fun toys in his classroom like this big red fire truck! 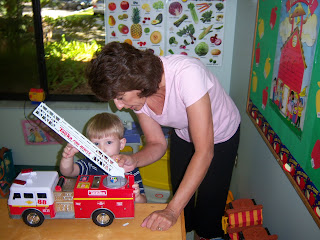 Ms. Betsy was so welcoming and even had a snack on the table for the kids. We had fun playing for awhile, then went to visit Hannah's new classroom too. 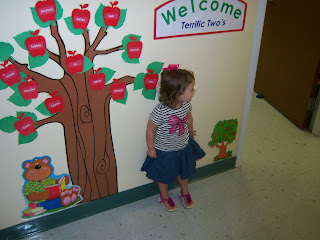 We are so excited for this new adventure and are so proud of our big boy for being so brave! 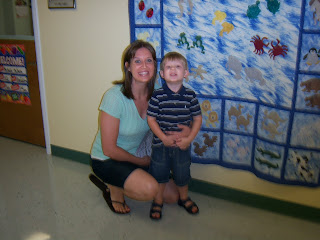