If you can't tell already...we are really excited about Carson's new school and all of the things he is getting to do! His first week of preschool was a huge success! Carson attends on Tuesday and Thursday mornings, and this week was all about making new friends, first day of school, and school buses! His first craft he made on Tuesday was a friends collage. "Friends are a gift from God". He helped Ms. Betsy cut and glue. He told us all about making a "snake" with the glue. 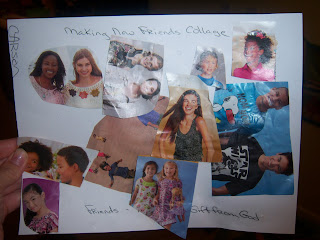 On Thursday, his class read "Don't Let the Pigeon Drive the Bus". Carson cracks us up when he randomly will yell this phrase whenever he feels like it! 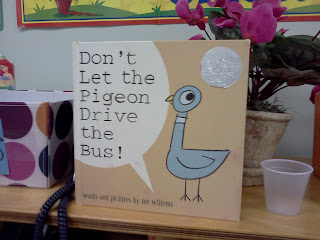 He also made his own school bus for the craft on Thursday and it is hanging outside of his classroom door. 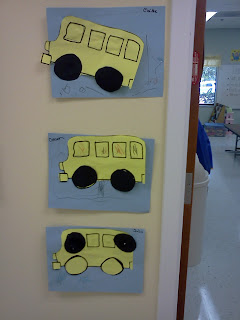 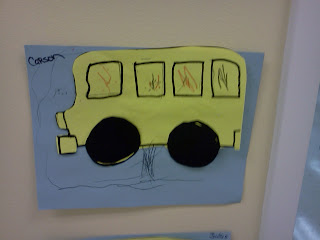 We are so thankful for such a great week and how fast Carson adjusted to his new school. He absolutely loves it, and I was SO pleased to hear his teacher say on both days what a sweet, well behaved little boy Carson is. She even said she thinks we may have a little engineer on our hands (taking after his Uncle Jacob!) because Carson loves to take things apart and figure out how to put them together. Carson is already excited for class on Tuesday and has asked to wear his backpack several times this weekend!
Posted by Jill DeMoor at 6:23 PM