Chick-Fil-A hosted a costume party featuring Carson's favorite kid entertainer, Mr. Richard!! If Mr. Richard had a Halloween costume out there, that's what Carson would have been for Halloween - he just loves him! 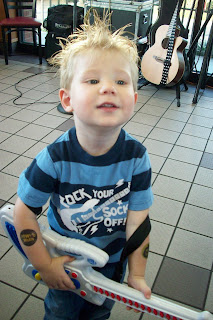 One of Carson's best buds Landon was there to rock too! 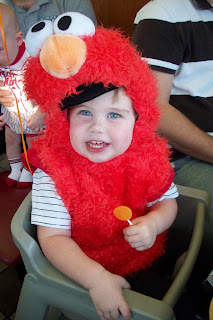 This picture says it all. Here's Carson in awe of Mr. Richard. 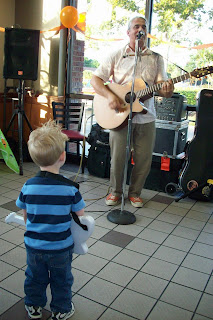 What a fun night dancing to Mr. Richard!
Posted by Jill DeMoor at 7:03 PM