Yo Gabba Gabba is mesmerizing!

Let me begin by saying I am not a fan of TV, and am not one of those people who stick their kids in front of the TV. However, there is a show called "Yo Gabba Gabba" that Carson finds fascinating, and now Hannah finds it rather fascinating as well! 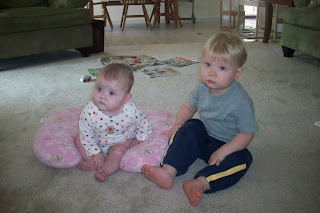 It comes on right before Carson takes a nap, and so to settle him down a bit, I let him watch a few minutes of it. Today, Hannah was captivated by this show. 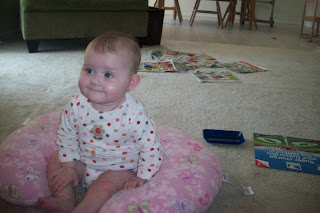 I found it rather hilarious that both of them were staring at the TV in amazement, and I couldn't help but take a few pictures. :) 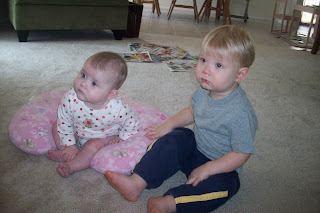