Journey's Fall Family Festival is fun every year! This year we were excited to take Carson because he can actually walk around and do things. He dressed up in his cute little elephant costume and thoroughly enjoyed himself. 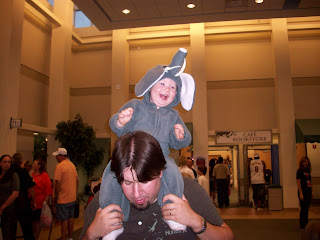 Carson's friend Landon was there in his cute alligator costume. Our poor boys were sweating in their fleece, head-to-toe costumes! But they look awfully cute together! 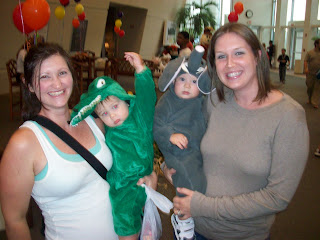 We attempted to play the "toddler games" but they were way over Carson's head. He was supossed to roll the ball and hit the pins, but he wanted to eat the ball and run out of the game room instead. I helped him play and he won cotton candy...but Daddy said, "No thank you" and gave the cotton candy back to the volunteer. What was he thinking?! Mommy would have eaten it! 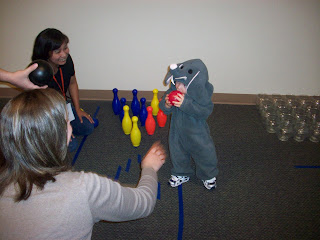 Carson's favorite activity was the bounce house. Carson loves to jump and is not afraid to get out there and get crazy! He was running into all of these kids and squealing. When it was time to get out and give some other kids a turn, he would run away from us and Daddy had to finally climb up the slide and pull him out. He went on the bounce house 3 different times and had a complete blast! 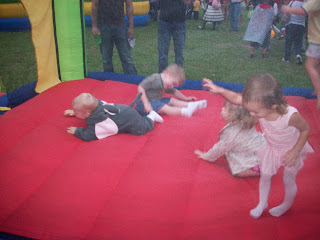