Tanner's tubes surgery when he was 9 months old was a huge success. The tubes alleviated his discomfort, drained the fluid like they were supossed to, and then fell out about a year and a half later. Somehow we made it through the summer months of swimming lessons, and a little fishy in the water 2 year old without any ear infections. But then October came, and it was one ear infection after the other. After several visits to both our Pediatrician (whom we LOVE) and our ENT (also a big fan), a second set of tubes and his adenoids to be removed was the verdict. Tanner's surgery was scheduled for 7:30am, and he was a champ waking up at 5:30 with no food or water for several hours! 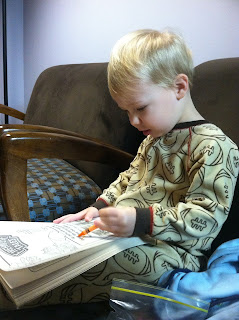 Even though we'd been through this procedure before, I was extremely nervous. Anytime your baby is put under anesthesia, it's frightening, and sending him off with people you don't know is also very hard. Thankfully we were with him up until the very last minute. 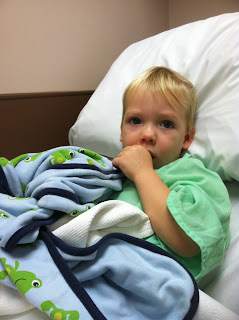 The nurses and staff were so great with Tanner. They let him watch Veggie Tales while they prepped him for surgery. 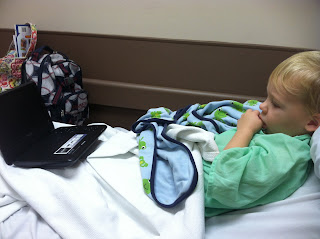 He also got to pick out Dinosaur stickers for extra entertainment. 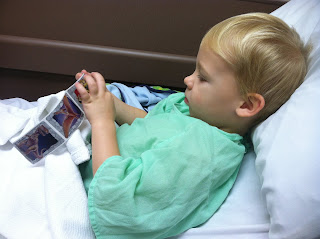 The surgery was a little longer this time with the adenoid removal, but all in all, went by pretty quickly. We were SO relieved when the Doctor came out and said Tanner did great. When Tanner awoke from anesthesia, he had a bit of a hard time. Thankfully I had friends that prepared me for different reactions kids can have, and we remained completely calm through the screaming, vomiting, and him pulling out his IV in his hand - yikes! He fell asleep on the car ride home, and we went straight to our movie blanket with popsicles. 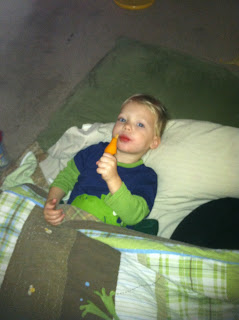 Tanner had a couple of days of discomfort, and slept on Mommy for naptime a couple of times. Sweet boy! 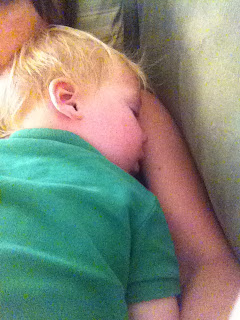 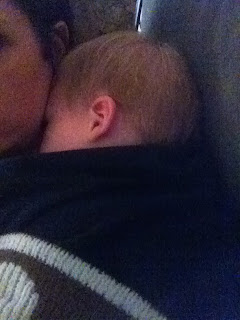 We see the ENT for our follow-up visit on Monday and are praying all is well with our baby boy! Thanks for all the prayers everyone, we were feeling them!
Posted by Jill DeMoor at 3:37 PM