The theme of Carson's 2nd Birthday party was "Under the Sea". 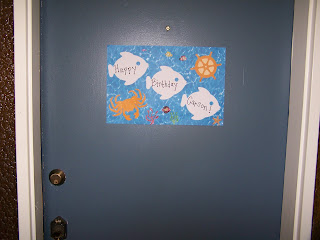 I didn't realize how much fun stuff there was to do with an Under the Sea party! I made a photo collage on a fishing net of pictures of Carson over the past year. 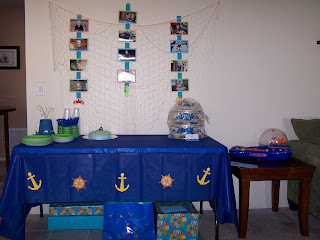 My sister is the most creative person I know and she (along with the help of my Dad too) made this submarine for the kids to poke their heads through and take pictures! It looks just like the submarine on Carson's birthday invitations. 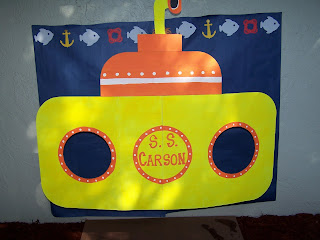 We borrowed an inflatable water slide from a friend as the main attraction. It was a big hit! 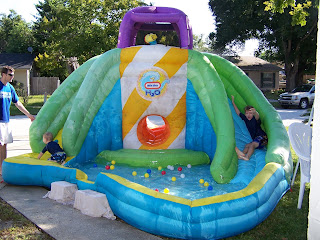 Carson had a blast sliding and playing in the pool. 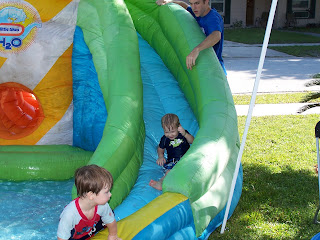 We had the sand table out for the kids to play in. 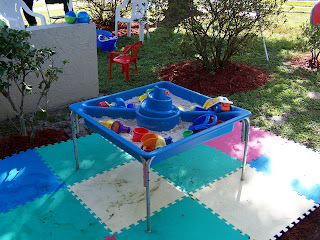 We also put out a slip n' slide and a large beach ball sprinkler. 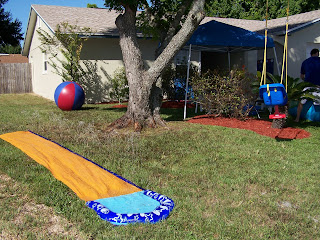 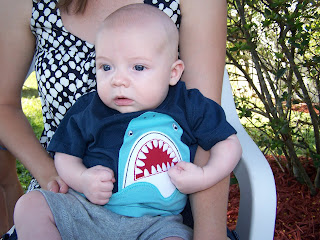 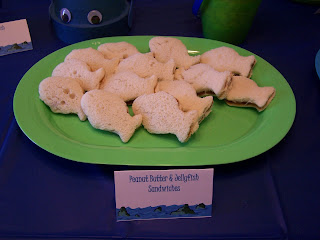 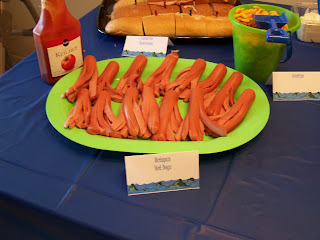 Instead of ordering a big cake, we made "shark cupcakes" (thanks Martha Stewart). 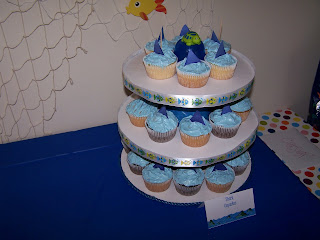 And I made Carson his own small birthday cake. 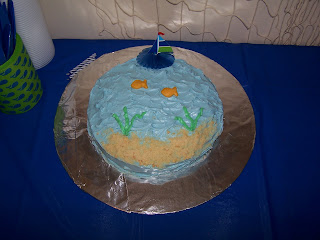 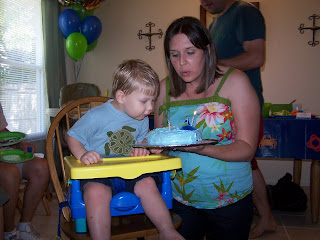 Carson got lots of new fun toys including this guitar from Nana and Papa! 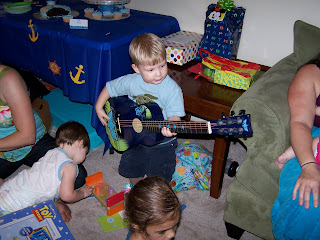 We had such a fun day celebrating Carson with our family and friends! 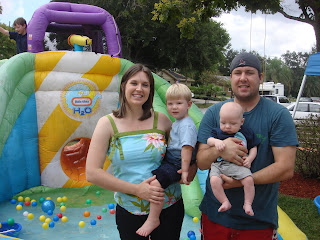