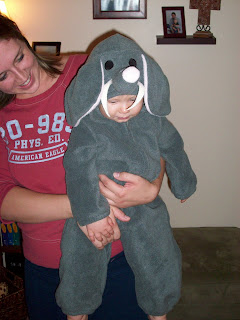 Here's a sneak peek at Carson's Halloween costume! When you ask Carson, "What does an elephant say?" He lifts up his arm like a trunk, so it was only fitting when I saw this costume at the consignment store for $4.00! 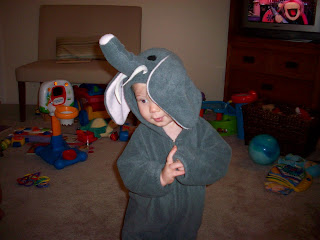 I wasn't going to buy him a costume that had anything that went on his head, because he refuses to wear hats, so I thought he wouldn't like something on his head, BUT, he surprised me when I tried this costume on him. 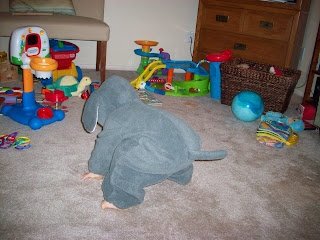 He loves to wear it around the house and lifts up his arm as soon as you ask him what he is. Oh my...he is a cutie!
Posted by Jill DeMoor at 4:42 PM